The Perils of Legalization 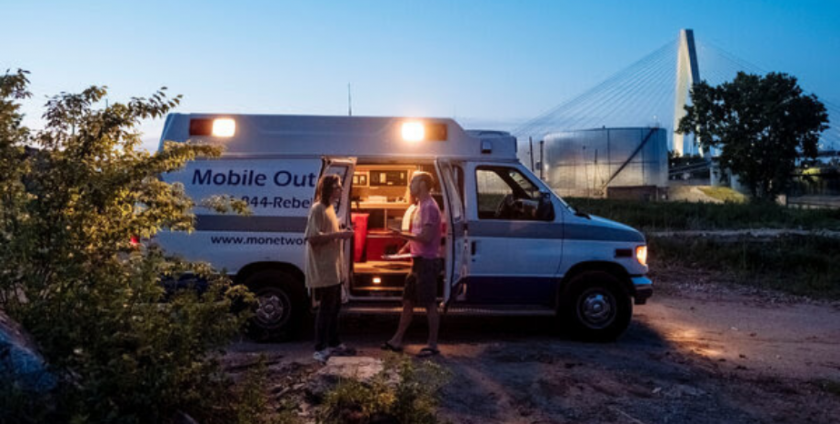 Drug overdose deaths in the U.S. reached their highest point ever recorded last year, with more than 100,000 deaths over 12 months. Deaths are up nearly 50 percent since the start of the Covid pandemic.

Whenever I write about deadly overdoses, some readers ask: Why not legalize and regulate drugs? They argue that the government causes more harm by outlawing drugs and enforcing those bans through policing and incarceration. They suggest that legalization and regulation could better minimize the risks involved.

So today I want to explain why that argument goes only so far — and why many experts are skeptical.

“Drug warriors said we should have a drug-free nation, which was totally bogus,” Jonathan Caulkins, a drug policy expert at Carnegie Mellon University, told me. “But it is totally bogus on the other side to say we can legalize and all the problems will go away.”

In fact, we are living through a crisis that shows the risks of legalization: the opioid epidemic.

The problem began with a legal, regulated drug: prescription painkillers. Pharmaceutical companies promised the drugs would help address pain, a major public health issue. But when the pills were made widely available in the 1990s, their use skyrocketed — along with addiction and overdoses. And instead of carefully regulating the drugs, officials consistently gave in to profit-minded pharmaceutical companies, which sold opioids to millions of people.

The crisis has evolved from its origins, with street drugs like heroin and fentanyl — and, increasingly, stimulants like cocaine and meth — behind most overdose deaths. But as I previously wrote in this newsletter, opioid painkillers are at the root: Many of the people now using heroin or fentanyl began with painkillers. And drug cartels started to more aggressively ship heroin and fentanyl to the U.S. once they saw a promising customer base in the growing number of painkiller users.

Instead of constraining addiction and overdoses, U.S. regulators enabled the current crisis.

America is poorly poised to legalize and regulate drugs, some experts said. It tends to resist regulation and favor free-market solutions more than other developed nations. It is one of two countries to allow direct-to-consumer pharmaceutical ads. The First Amendment protects some commercial speech, making drug marketing hard to regulate.

“The policy has to match the culture,” Caulkins said. And “we are not good at having bureaucracies that view their mission as defending the people against the industry.”

The painkiller saga illustrates this. Aggressive marketing and messaging from companies like Purdue Pharma persuaded not just doctors but also regulators of the drugs’ safety and effectiveness. That enabled the approval of Purdue’s OxyContin in 1995.

As we now know, those opioids were not as safe or as effective as claimed.

A spokeswoman said the F.D.A. is using “a comprehensive, science-based approach” to limit painkiller misuse and expand addiction services. An official said the D.E.A. is changing its process for setting quotas with advances in data and information technology. The C.D.C. did not respond to a request for comment.

But federal regulators have done too little, Frydl said: “None of these agencies have been asked to perform any sort of introspection and accountability process such that we could be confident in their decision making going forward.”

A policy spectrum
Experts widely agree that the U.S. government failed to properly regulate opioids. But that does not justify the prohibition and criminalization of drugs, argued Kassandra Frederique, the executive director of the Drug Policy Alliance, an advocacy group. “That’s a false binary,” she told me.

Many options exist between commercialized legalization and criminalized prohibition, experts said. Portugal decriminalized the personal possession of all drugs in 2001, but not manufacturing and distribution. Canada prohibits drugs, but allows for facilities where trained staff supervise drug users and may even provide substances to use.

Different drugs can also warrant different approaches. Marijuana is much safer than cocaine and heroin, and laws can reflect that.

And while the opioid crisis has shown the perils of legalization, it has also exposed the risks of prohibition. People who die from a fentanyl overdose often believe they are consuming heroin, cocaine or some other drug, not knowing it is actually fentanyl or contaminated with fentanyl. That is a problem of unregulated supply.

No one drug policy is perfect, and all involve trade-offs. “We’ve got freedom, pleasure, health, crime and public safety,” the Stanford drug policy expert Keith Humphreys has told me. “You can push on one and two of those — maybe even three with different drugs — but you can’t get rid of all of them. You have to pay the piper somewhere.”