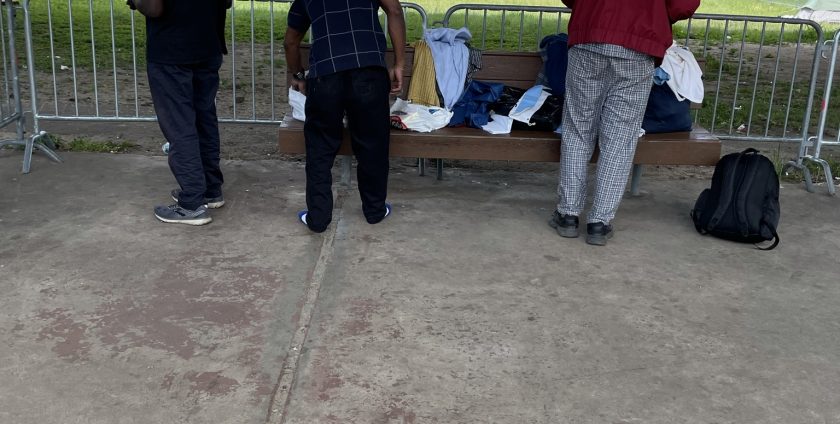 Wednesday, they met at one of Pensacola’s homeless camps, under the I-110 overpass.

The faces of the people who live under the bridge are different, but their stories are the same.

Carol Sanchez has been living under the I-110 bridge for months.

Channel 3 was there as homeless outreach workers checked on a 30-year-old woman who has no tent, but has been sleeping under blankets.

The reality of what’s happening brought the workers to tears.

“I just wanted to bring her something special,” said Connie Bookman with Pathways to Change.

Not far from the bridge, the first meeting of the homeless reduction task force was taking place.

Residents, homeless advocates, and outreach workers are coming together to form six subcommittees, including healthcare and housing to end homelessness.

But Bookman says there’s a problem. “They want help and we’ve got no housing.”

The CDC moratorium on evictions ends at the end of the month.

Several homeless shelters in the area have either closed or limited people because of the pandemic.

Now is when the work begins.

“We’re carefully cataloging every single homeless person who is willing to give us the information,” said John Johnson with Opening Doors.

The goal of this task force is to offer the homeless streamlined services and expand access to care.

The city has put a moratorium on removing the homeless from under I-110 for now.

The task force wants a permanent transitional for them.

“I’d like a central place that’s transitional, not where they will live forever,” said Bookman.

The task force will be meeting with city council on June 30.

They want the city’s help with solutions and resources, including funding.