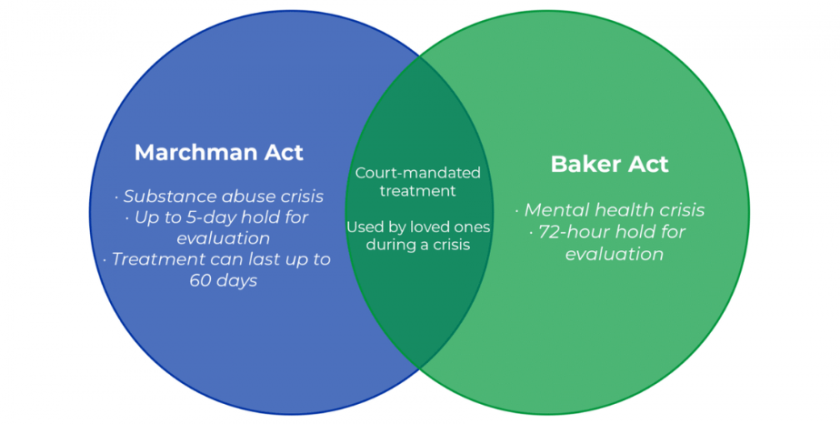 Gov. Ron DeSantis has signed incremental reforms to the Baker and Marchman acts, the Florida laws that govern the voluntary and involuntary treatment of people with mental health and substance use disorders, respectively.

About the Baker and Marchman Acts

When he introduced the measure February 1 to the Children, Families and Elder Affairs Committee, Bean said he had hoped to pass comprehensive reforms — including making the state, not relatives and caregivers, a party of interest in Marchman Act proceedings.

“I embarked on a journey at the beginning of this session. . . to do a very major overhaul,” Bean said. “I had bold plans.”

But Bean said he was forced to whittle the 50-page proposal to five pages after failing to reach a consensus with various stakeholders.

“Over the last several weeks, I have come to realize. . . our Marchman and Baker acts don’t need major overhauling, they just need some minor tweaks,” he said.

The amended version removes a requirement that Baker Act receiving facilities conduct a “voluntariness hearing,” for voluntary admissions of patients younger than 18 who meet certain conditions, including having the consent of a parent or guardian.

Another provision would give law enforcement officers discretion in deciding whether to detain and transfer a patient to a Baker or Marchman act facility.

A third provision of the bill requires law enforcement officers to use the least restrictive means available to restrain a patient, especially minors, when transporting them to a Baker or Marchman act facility.