Advocates Step Up Onsite Outreach For I-110 Homeless 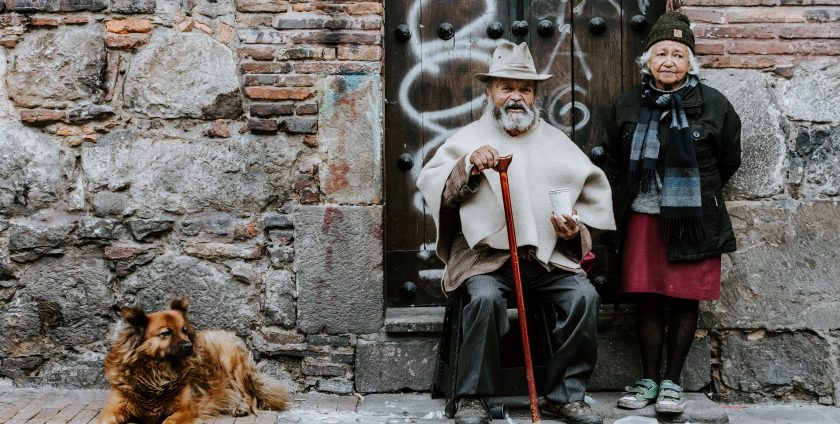 Finding housing for the homeless campers under Pensacola’s Interstate-110 overpass has proven difficult. And, since the tents began popped up over the winter, the encampment has grown.

To address the situation, homeless advocates are now trying a different approach, by stepping up efforts to help those individuals where they are.

Serene Keiek, marketing director for Opening Doors Northwest Florida, points out that what they’re trying to do is “break the mold” of how things previously have been done.

“This is time for community partners in this area, including agencies, churches, and groups to come together at this site underneath the I-110 Bridge to bring services directly to these people who are in need,” said Keiek.

The idea is to accelerate services provided by highlighting and connecting available resources on-site. She says service providers in the community have indicated a willingness to help, but early feedback shows some aren’t sure how to accommodate the shift in delivery.

“We hear this a lot. It’s not the way we do things. We’re not able to come there. We can’t connect that way. We’re on short staff,” Keiek explained. “But, now it’s time to challenge to do something different. We can’t make a change without making changes.”

So, the Community Partner Outreach Team from Opening Doors plans to show up at Hollice T. Williams Park under the interstate every Tuesday morning and has put out the call for partner agencies and other service providers to also come and help in whatever way they can.

“Pensacola Caring Hearts came out here today to see what they can do. They found out they could go grab meals from Bright Bridge and then serve them,” she said of the first day participation. “But, we’re also lucky enough to have CareerSource Florida come out today so they can help identify people who are in need of jobs. REAP (ReEntry Alliance Program) has been out here today to help people also with housing. Waterfront Rescue Mission has been here to check on us. The Sheriff’s Dept. has been here to check on us.”

“My name is Judy Naler. I’m with Legal Services of North Florida. I do community outreach and I’m a paralegal. And, we have been working with opening doors a long time and we’re very supportive of what they’re trying to do,” said Naler, who set up a table behind the Opening Doors van.

She says their legal services focus mainly on civil matters such as family law, bankruptcy, and landlord/tenant disputes. On this first Tuesday, Naler was presented with the case of a woman who said she was illegally evicted in November.

“So, I conveyed the information that even though there may be things that are too late to do today about that, if she had losses and if her property was put out on the street or things like that happened, then there are some avenues, like small-claims court and things like that that can be done,” Naler explained.

“And, sometimes when you tell people that something can be done, it empowers them.”

For many individuals who are homeless, transportation is a problem.

The lack of employment is a barrier, too, and that’s where Tim Richardson and Career Source Florida come in. Richardson works as a disabled veteran outreach program specialist for the agency.

“I just spoke to a gentleman earlier; he’s homeless but not capable of working because of his disabilities, so I’m going to be able to try to refer him to some other agencies that can help him with housing so that he’s not living in his car anymore,” Richardson said. “So, that’s the thing, we’re trying to reach out and help a little bit, where we can, do what we can.”

Also doing its part is Fearless Community, Inc., which has been operating in the Pensacola area for about two years.

“We go in, we assess what it is that they’re actually needing. Then, we bring it to the community’s attention and go out and find them resources,” said Executive Director Melissa Johnson, noting that, right now, they’re concentrating their efforts on the needs of the people under I-110.

Johnson stops for a chat with one of their homeless clients to assess her situation for the night.

“How you doing,” Johnson asks.

A woman responds, “What time are you going to come put my tent up?”

Johnson explains that she wants to find the woman a different tent and discusses her plans for the night.

She says their biggest struggle here is finding affordable housing amid a local housing crisis and getting proper mental health assessments for the people here.

In the meantime, they have found plenty of other ways to help.

“Actually, we bring in meals,” she began. “We bring on personal hygiene. We clean their stations, their bathroom area. We just recently got a veteran back home in N.C. We have housed a few. It depends on the need and we just go and find it. Sometimes, it’s a little bit harder, but one-by-one, we’ll get it.”

Thanks to the Pensacola City Council’s extended moratorium on clearing the park under the interstate, homeless advocates have more time to help those camping there.

“Our outreach team wants to walk with other community partners,” said Keiek. “We want to be connected. We want to collaborate and we’re so appreciative of the ones that came out here today. And, I can’t hardly wait until next Tuesday to see who else wants to join us.”