‘It feels amazing:’ How Two Formerly Homeless Pensacolians Navigated Back Into Housing 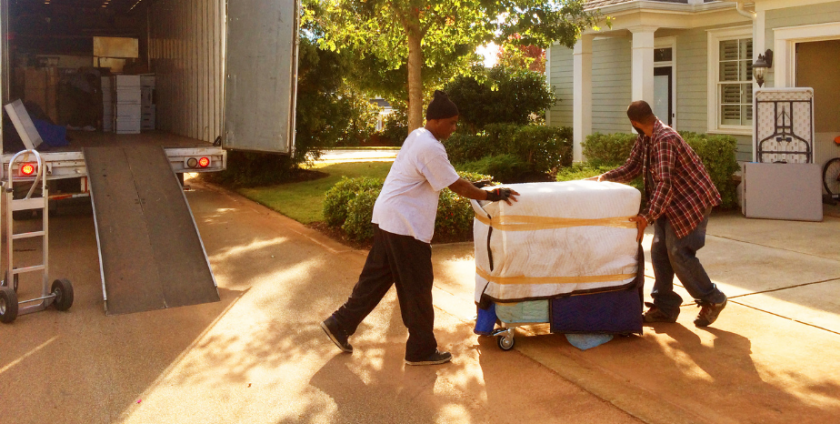 In 2006, Jason Day liked drinking more than he liked working.

He lost his job, then his apartment. He cycled in and out of jail, then prison, and spent close to three years living on the streets, still choosing alcohol over anything else.

He had no way of knowing that just a few years later, he’d be sitting by the fire at the Perdido home he shared with his wife, two years sober, relaxing after a long day at the landscaping business he built from the ground up.

During the past year, the Pensacola community has been locked in discussion about how best to address the issue of homelessness as the pandemic has exacerbated the issue, an unregulated camp under Interstate 110 grows out of control and an influx of millions of dollars has the city and nonprofits scrambling to use the allocation in the most impactful way possible.

The group of nonprofits leading the charge in how to spend a $3 million federal funding allocation — the Homelessness Reduction Task Force of Northwest Florida — set an aggressive deadline of Thanksgiving to have the hundreds of people living under the interstate relocated to alternative locations, whether that be more regulated campsites, shelter or permanent housing.

But the Pensacola City Council recently decided to hold off on allocating funding to the group to further investigate the different nonprofits’ proposals, meaning those alternative sites aren’t funded and the homeless camp will stay put through the holidays.

The discussion on what to do with the homeless population has involved city officials, nonprofit leaders, advocates, community members and the camp’s nearby residents, but those who were formerly homeless have seldom weighed in on what helped them break the cycle of chronic homelessness and get into housing.

For Mary Ridgell and her two young boys, it took the luck of a cold weather shelter being open after Christmas and the connections made there that got her into a low-income apartment.

She had been staying with her sister but wasn’t on the lease, so the apartment’s manager said she and her children had to be out by the end of the month, forcing her into a shelter setting.

In 2014, there were even fewer resources for the homeless than there are now and with a background of bouncing around jobs and criminal charges for writing a bad check, even the unsafe apartment complex she was placed in was better than nothing.

“I prayed and I asked God, I said, ‘I’m tired of straddling the fence, please bless me with a roof over my head,'” Ridgell said.

As a single woman with children in tow, Ridgell said she doesn’t really classify herself as having been homeless because she didn’t live on the street, but advocates have long said the extent of homelessness in the city can be difficult to quantify because of cases just like hers where a family is doubled up in an apartment with others, living in motels or in and out of shelters.

Still, she said, without the blessing of that low-income apartment as a place to get back on her feet, things would have looked different.

“Being put in that situation made me realize there’s people that really care out there, a lot of people do have hearts,” she said.

Ridgell has lived in another, safer apartment since last year. It’s one where her boys can thrive and she has a bus stop a three-minute walk from her door to get to the homeless shelter There is Hope Rehabilitation Living Facility, where she comes a few times a week now to clean, volunteer and help encourage those who are in a seemingly hopeless situation.

She tells stories of people who have felt like a different person after taking a shower for the first time in weeks, of people who have borrowed a suit from the organization for a job interview and secured employment and even one person who said they were considering taking their life before coming in and feeling embraced by the volunteers.

“I have the heart to want to help people more now,” she said. “I’ve been there in the situation and I have a new perspective of life that sometimes people might lose their job or family might put them out and it puts them in that situation. They have to just do the best they can.”

In fact, the There is Hope building on North Davis Highway is the same building in which Ridgell once reported for probation, and the significance of now helping those who are in the position she was in isn’t lost on her.

“It feels great that we turned something that once had kind of a negative light into something positive. … I get home every day and my son says, ‘How many people did you help today?’ It feels amazing,” she said.

Many of the funding proposals through the task force call for wraparound services like employing social workers to complete case management for those wanting to get back on track and adding mobile services like connecting the homeless with state IDs that help them get into jobs and housing, but the more divisive plans call for permanent homeless encampments being built and a “one-stop” style day center for access to services.

Day, who lived on the street homeless during his time without housing, has a different perspective than Ridgell. He said most of the people he encountered living on the street had substance abuse problems and that way of life is so chronic it doesn’t seem escapable, so it can be almost impossible to engage the population long term without their willingness.

It takes a defining moment to want to make the change from the inside, he said. His came from a phone call to his 8-year-old daughter while he was in jail.

“I called one day and she said, ‘Daddy, Mommy said you’re in jail again,’ and I said, ‘Yes baby, Daddy’s in jail again’ and she asked if I’d been drinking and said, ‘I sure wish you would stop,'” Day said. “I got off that phone and went into the shower where nobody could see me, cried like a baby and gave it to God that day.”

Day went into drug court, borrowed some money from a friend he hadn’t burned bridges with yet to rent a single-wide trailer off 57th Avenue and ate tuna and Ramen as he cycled through a few jobs to save up enough for the trailer and equipment he needed to start his landscaping company.

“When it comes to homelessness, something’s got to happen in their life to bring them to that point of desperation,” he said. “It took my little girl saying that to me to get me there and that’s the difference between law and grace. I wasn’t scared of the law. … I switched over from the fear of the consequences to the love where I didn’t want to hurt my kid, or anyone else, anymore.”

Now, Day wakes up at 4:30 a.m. every day, reads a book on his porch and reminds himself why he’s thankful. He’s been sober two years — an anniversary his wife reminded him of because he doesn’t keep track of any sobriety beyond today and tomorrow — and even has a contract to cut the grass at one of the local bars he once frequented in his drinking days.

He often sees people there he once drank all day with, he said, and doesn’t preach to them or try to convince them to change, but knows his presence as an example of change is enough to plant the seeds they one day might need. That’s the approach he thinks will be the most beneficial to combat Pensacola’s homelessness. Investing in a detox unit and mental health services could help, too, he said.

“Maybe we can get that seed planted so they can know all hope is not lost, but you’ve got to go through the pain and process of doing it yourself,” Day said.

“It’s one day at a time, recovery is a way of life. It’s not crossing days off on a calendar, you’ve got to change everything — your thinking, your routine and the biggest thing is priorities and boundaries. It’s hard but I wouldn’t trade the life I have today for anything, I just wouldn’t.”